What the Engineers Registration Bill means for you

An engineer registration system that is gradually rolling out nationally should increase already impressive levels of trust and respect for the profession.

In the world of engineering, registration has been a major subject of discussion over the last few years. A deep dive into the topic can make it seem as if Australia’s states and territories are in complete disagreement over the matter. But actually, they are slowly heading towards a form of a national registration system.

Queensland, the only state with an engineer registration system, has had its system in place for over two decades. It is managed by the Board of Professional Engineers of Queensland.

In order to earn a Registered Professional Engineer of Queensland (RPEQ) registration, an engineer must have a minimum four-year Bachelor degree from an Australian university (qualifications from other countries are considered, based on the Washington Accord), as well as five to eight years of experience working with, alongside, or under the management of another RPEQ.

Of course, as with any professional recognition, a number of hours of continuing professional development (CPD) are also required. In the case of an RPEQ registration, this includes 150 hours over the previous three years, and 150 hours every three years of registration. Southern Cross University’s Master of Engineering Management program may satisfy CPD requirements with registration bodies.

What about the other states? Believe it or not, no other states have an engineer registration program, but several are working on it.

Most notably, Victoria is in the final stages of putting legislation in place around such a scheme, with the Engineers Registration Bill put to Victorian state parliament early in 2018. It passed the lower house and is awaiting approval in the upper house. The ACT has committed to an engineer registration system and a proposal is being developed in Western Australia. NSW and NT are also considering mandatory registration. New Zealand too, has a national registration system for Chartered Professional Engineers, managed by Engineering New Zealand.

Why is registration important? 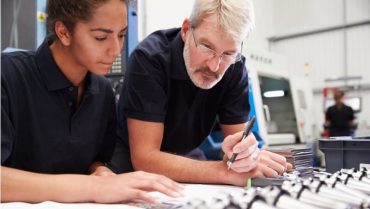 Most experts agree that the reason Australian states have been slow to come to the registration party is because engineers already have an excellent reputation and track record. Australia has not suffered bridge collapses or major building quality issues, partly thanks to a very high level of engineer education and partly because of a strong standards regime.

But it has become increasingly important for public confidence and for the profession itself to have a transparent method of checking an individual’s competencies in certain areas, particularly when they’re overseeing an important job. After all, registration is for middle to senior engineers with several years of experience.

Many have mentioned, in support of engineer registration, a case that was referred to the police in 2012 involving a person who had long claimed to be an engineer. New Zealand-born Gerald Shirtcliff (then 66 years old) had worked on several major projects during a long and somewhat illustrious engineering career. The problem was that he was not an engineer.

In an earlier job, after a patchy work history that had involved junior positions in insurance and banking, he had been employed in South Africa alongside a British engineer by the name of William Anthony Fisher. When Shirtcliffe left that job he travelled to Sydney, where he launched his new career as an engineer. He also had a new name - William Anthony Fisher.

The fraudster worked himself into positions in which he project managed major constructions, including a 33-storey Kings Cross building. He also had some involvement in the construction of the CTV building in Christchurch, one of two buildings that suffered almost complete collapse during the February 22, 2011 earthquake, resulting in the death of 115 people.

Would a registration system pick up such a deep web of lies? That’s up for debate. However, such a system would certainly act as a deterrent for anybody considering misrepresenting their profession, or their experience within that profession.

What does registration not cover?

Speaking of experience within a profession, it’s important to note that registration does not allow an engineer to manage major projects in any field. Areas of engineering, such as aeronautical, chemical, civil etc, are defined and engineers are only registered for the field in which they have proven management competence. As already mentioned, registration is not necessary for younger engineers who have recently graduated, or for those not wishing to hold management positions. Registration is essentially for those who are going to be overseeing projects and signing off on the work that has been carried out. They are the quality control mechanism, which is why governments and peak bodies are interested in the competence of those engineers. It’s a safe and sensible system and will be a welcome addition to the engineering landscape in Australia.

Of course, many people considering completing the career-boosting Master of Engineering Management at Southern Cross University will likely hope to become, or perhaps will already be, a registered engineer. The potential of the hours spent on the course becoming CPD hours that count towards the individual’s eligibility for registration creates an even more convincing reason to enrol. Please confirm with your state registration body that the hours will be counted.

Once the majority of states have a system in place, the outcome should be an online, searchable register of engineers. This brings the transparency that industry, regulators and policymakers desire, and delivers the trust and peace of mind that the public expects. Registration, it seems, is good for everybody.

For more information about how the Master of Engineering can help count towards your professional career development call our Student Enrolment team on 1300 589 882.